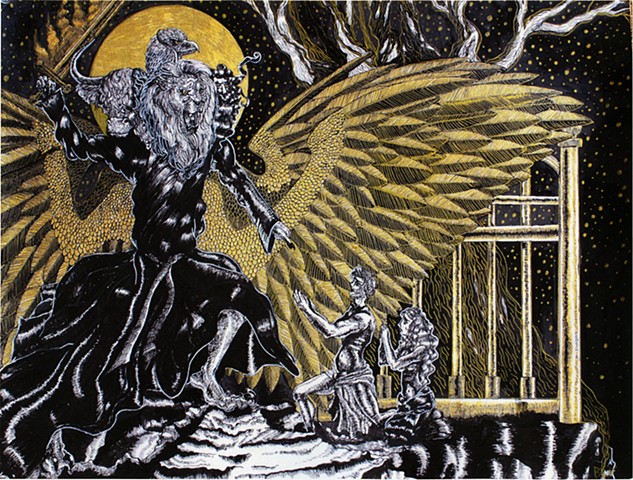 "Then the LORD God said, "Behold, the man has become like one of Us, knowing good and evil; and now, he might stretch out his hand, and take also from the tree of life, and eat, and live forever"-- therefore the LORD God sent him out from the garden of Eden, to cultivate the ground from which he was taken. So He drove the man out; and at the east of the garden of Eden He stationed the cherubim and the flaming sword which turned every direction to guard the way to the tree of life."

Thanks to the Renaissance, the word "cherub" has become synonymous with chubby cheeked, winged butterballs and Precious Moments angels. However, the Cherubim of the Bible were described as ferocious guardians, with multiple animal heads, four wings, and in some cases, a flaming sword.

The one pictured here was based off of their descriptions in Genesis and Ezekiel, and is hard at work banishing Adam and Eve from the Garden of Eden after their Original Sin.